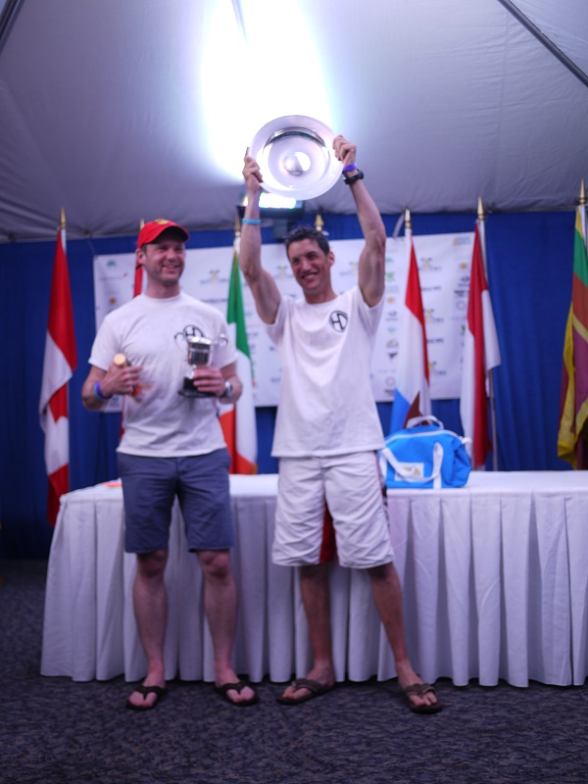 Barbados boats are back

If you have booked your flights you can now enter the GP14 World Championship.

You will need to have all helm, crew and non-sailors details to complete the fom.

Meeting details in document below

Below are some logistics details of the container.  We are still in negotiations with cost and will hopefully get an update on that soon.

Racking
The international association have a design completed for metal racking which will carry boats on their trolleys. They have advised that 3 sets of racking can be manufactured for the Irish containers.  Costs have not been advised as yet.

The association is planning a loading day in Chase Sailing Club in the next few weeks to final approve the racking design.

Geest Container
Geest Line have no containers in Ireland, so three have to be brought from the south of England to be loaded in Ireland and returned. This will be done via a local coastal shipping line.

The plan would be to find a suitable location in Belfast docks and that all boats will be loaded in one day or over a weekend.  Keeping all containers in one area will keep the cost down.

Geest Line have advised the insurance cost will be approx £30 per boat. At the time of container packing each boat has to complete and sign a declaration for customs purposes.

All Barbados port costs, local transport and cranage are being covered by the local authorities.

Dates
Containers need to be in Portsmouth by about the 20th February 2016.  They will arrive in Barbados and will be shipped and craned into a compound at the Yacht club on Easter Saturday - 26 Mar 2016.

A customs official will be present when the containers are opened.

Packing in Barbados is on the Tuesday after the event - 5 Apr 2016.

Email Jacqui.Maloney@fly.virgin.com to query dates & prices.  Please make sure you put GP14 as the subject title of the email.

Championship Entry Cost (in US Dollars)

Entry is now open for the championship but the form requires your flight details.

"Established in 1955, the GP14 Class Association insurance scheme has now been in place for 60 years and has been underwritten by Navigators & General throughout the entire period, making it one of the oldest dinghy class partnerships of any kind.

Although now administered by Craftinsure.com, the scheme was managed by long standing GP14 Association member and past president, Graham Knox for much of its history, and Graham remains involved as an important link.

As a special gesture marking the 60th Anniversary, Craftinsure.com and Navigators & General have jointly agreed to extend policies to include the 2016 World Championships in Barbados at no additional cost.

In line with usual charges to extend cover for events outside Europe, an additional premium of £50.00 was expected to apply, and so this should be a very welcome announcement for all those intending to participate who are insured with Craftinsure.com.

Craftinsure's Rod Daniel comments "together with Navigators & General, we are delighted to be supporting the GP14 Association Worlds again, and providing some help to members in attending what we are sure will be a fantastic event".

Although free of charge, Craftinsure advise that GP14 policy holders intending to take their boat to Barbados in March 2016 should still contact them so that cover can be extended for the event."