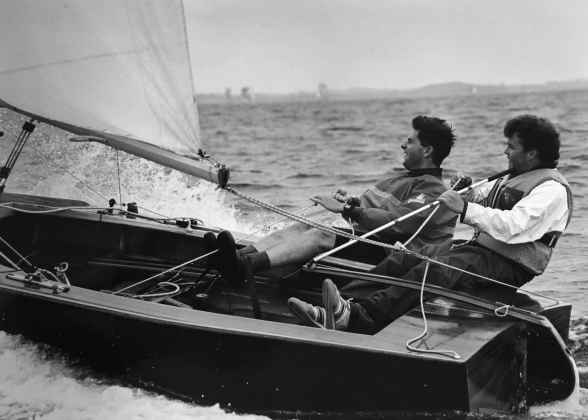 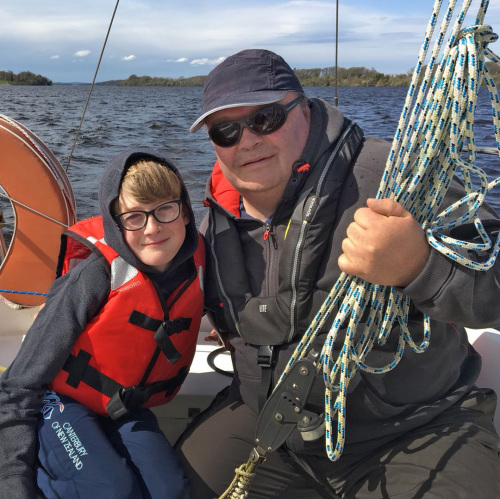 With great sadness, the GP14 Ireland Committee heard of the death of much loved GP14 sailor Mark Valentine last Thursday 7 January 2021.
A number of our GP14 Ireland sailors have been in touch over the last few days expressing shock at the news and providing their thoughts and memories of Mark.

Through holidaying close to Lough Erne Yacht Club, Mark was introduced to sailing, crewing for his father Peter in Mirror dinghies. Peter would later become Commodore of Lough Erne and introduce Mark to GP14's. Through LEYC, Mark became close friends with current Committee member JP McCaldin, with the pair  sailing against each other many times on Lough Erne and sailing a no. of events together.

On hearing the news a shocked JP wrote  “Genuinely one of the nicest people I have ever known and unarguably the best sailor from Lough Erne in my lifetime. Mark introduced me to the bar at Castle Archdale and my first few pints. I do remember how at LEYC all the old ladies of the club would follow around after him and loved him. He was a bit of a legend in that club."

Marks family lived in Co. Down and became members of Newtownards Sailing Club where MarK continued to sail GP14 as both crew and helm while also sailing J24 and Fairy keelboats. Nicknamed 'Super Crew', Mark was a mich sought after crew know for his agilty as well as his tactical acumen. Not content with crewing Mark developed into a very capable helm, notably taking a a 3rd overall at a J24 Nationals on Lough Erne with a very young crew.

In the GP14 Class, Mark sailed with a number of people including Ruan O'Tiarmaigh and the aformentioned JP. However the best remembered pairing was Marks partnership with Martin Hannon, the pair were very competitive and always a threat. Martin who now lives in New Zealand has recounted the following story via JP. I gather from Ruan and JP it perfectly captures Marks sense of fun, divilment and actual talent in a boat.

From Martin Hannon - 'One of my favourite stories and one that always got a great laugh from Mark was when were racing the GP14's at LEYC for either an Ulsters or a Hot Toddy. It was reasonably windy and we headed out on the morning after the Saturday night. A quick dunk of our heads over the side of the boat to freshen us up. As pointed out, once the starting sequence got underway Mark "casual" approach became a little more competitive especially against a few of the other guys in the fleet.

We got off to a good start, picked a few good shifts crossing tacks with Damian Bracken who was pretty racey and competitive. Anyhow they just pip us around the top mark and we then set off down the reach. I get an elbow in the ribs and Mark says hold this. He then hands me the tiller and main sheet whilst I have the spinnaker sheet. He then the proceeds to light up a cigerette. At this point we are sailing over the top of Damian. We could hear below us Damian asking his crew what is Mark doing. Damian's crew responds, "Mark is lighting up a cigerette and I think he's going faster" Needless to say, that didn't go down well when we rolled them. ha ha'

Mark sailed for many years at Newtownards SC, was active on committee and later became Commodore of the Club, sailed a Dart 18 catamaran out of Ballyholme YC while also sailing keelboats. Mark for a time was a regular crew on former GP14 sailor Burton Allen's Sigma 33 Starshine Challenger.

Mark married Sara Jane and had a son Charlie, and with parenthood Mark regularly brought the family back to his roots at Lough Erne for holidays and to renew and extend family friendships. Keeping a caravan and a cruiser Red Rambler they would spend weekends and holidays during the summer exploring the islands and waterways of the Erne and passing his love of sailing onto Charlie and Sara Jane. However, as recently as 2020, Mark showed he still had a competitive streak by buying a Yeoman and winning the LEYC 2020 Championship  Shield.
Mark was competitive on the water and great craic ashore. An asset to every fleet he sailed in and every Club he was a member of. He will be greatly missed by all who knew him. The GP14 Ireland Committee on behalf of the Class membership extend our condolences to Sara Jane, Charlie and the his family and close friends.
RIP Mark.
JP McCaldin, Ruan O'Tiarnaigh & Andy Johnston

Funeral is 13th January. Sadly due to current government regulations house and funeral will be private.

Check out the link to Afloats article  and catch up on the progress being made to bring Ernie Mawhinneys boat back to sailing condition. 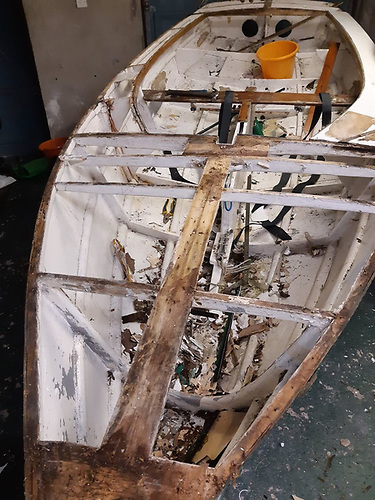 Check back here regularly to find out what's going on at .